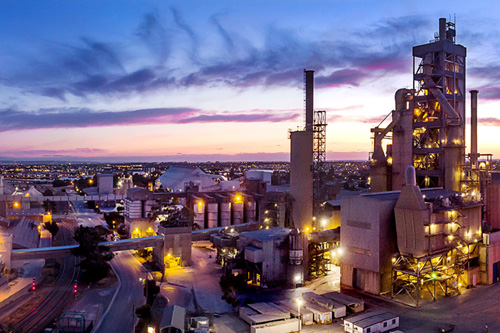 Since receiving better than expected news on the COVID-19 vaccine front in November (materially improving the medium-term outlook for global economic activity and recovery) we have seen a significant rotation in global markets away from high growth/high earnings multiple companies towards more cyclical, economically sensitive sectors and firms. While the path forward remains uncertain, and undoubtedly the present situation is dire, we do believe the move in markets is one that is likely to continue for some time.

Concerns about the impact of COVID-19 on construction activity and depressed commodity prices (ABC’s largest end-market are mining companies, as their products are used both in mineral processing and project construction) had already prompted a substantial decline in ABC’s share price before news in July that Alcoa had cancelled a WA lime contract worth around $70m per year for ABC.

However, it has been the resurgent move in commodity prices that is arguably likely to have created the greatest positive, as undoubtedly miners have shifted to maximise production and restart new project investment in response to the lucrative prices now seen.

ABC is due to release the results of an internal review (response to Alcoa contract loss) in the coming weeks, and we believe that while clearly, the loss is a negative, other developments since that time can help partially, if not fully, offset the hit.

Based on current analyst reports, it appears this is not a consensus, and ABC’s share price remains 20% below its levels earlier in the year (when commodity prices were lower than present levels), and less than half the price they traded at in late 2018.

We believe the improved global economic outlook warrants selective additional exposure to more cyclical industries such as building materials within a well-diversified portfolio. We acknowledge the near-term risk associated with the review release. Accordingly, we view investing in a considered initial position, with a view to potentially adding later should volatility post its release present an opportunity to do so at even more attractive levels, an optimal approach.

General Disclaimer
This article has been prepared for the general information of investors and not having regard to any particular person’s financial situation, objectives, or needs. Accordingly, in so far as any information may constitute advice (whether express or implied), it is general advice and no recipient should rely upon it without having obtained specific advice from their advisor at Baker Young Limited. Baker Young Limited makes no representation, gives no warranty, and does not accept any responsibility for the accuracy or completeness of any recommendation, information, or advice contained herein. To the extent permitted by law, Baker Young Limited will not be liable to the recipient or any other persons in contract, in tort or otherwise for any loss or damage (including indirect or consequential loss) as a result of the recipient, or any other person acting or refraining from acting in reliance on any recommendation, information or advice herein. Baker Young Limited or persons associated with it may have an interest in the securities or financial products mentioned in this document and may earn brokerage and other fees as a result of transactions in any such securities. Australian Financial Services Number 246735.