Tour de Cure: Support a most worthwhile cause 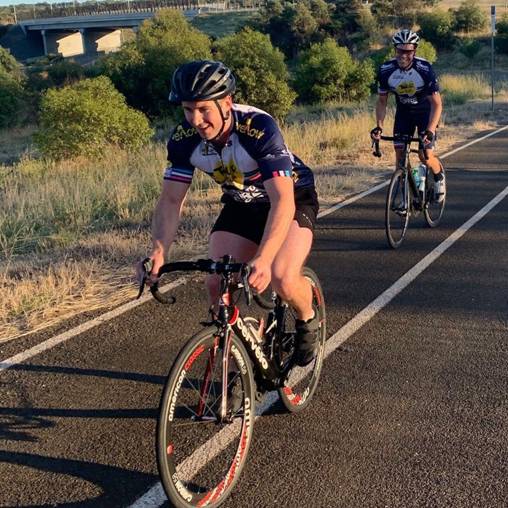 Over three days in April (9th -11th) I will be riding 400kms, starting in the Clare Valley and finishing in McLaren Vale for Tour de Cure.

The photo above is from the very first practice ride in February 2020 before COVID-19 put a pause on our training. It’s fair to say I am a lot more stable on the bike now with a few more kilometres in the legs.

So how did I get involved?

In 2019 my aunt was diagnosed with Stage 4 bowel cancer after testing negative just six months prior. The speed at which cancer took over her life was astonishingly quick. This rapid decline saw her sadly pass away just four months after being diagnosed.

Around this time I found myself at the Flinders Foundation Christmas drinks where the director of the foundation asked me to join the Tour and to do some fundraising. COVID-19 delayed the original ride but while we waited it provided a new form of fitness that sees me getting up at 5:30am during the week to ride 50kms before work, as well as a longer ride every Saturday.

The same director that convinced me to join is now my ever-constant riding buddy. During these early morning rides, I have met many of the researchers that will benefit from grants created from the money raised on this Tour. As luck would have it, I have been riding alongside a bowel cancer researcher for the past few months. The funds I raise can hopefully see him fulfil his project and develop a cure for this awful cancer.

Statistics show that 1 in 3 people will be affected by cancer during their lifetime. This doesn’t seem like a statistic that should exist in 2021!

You can support Tour de Cure and Alex on his ride here.

About the Tour de Cure

Tour de Cure raises vital funds to support the researchers, surgeons, and clinicians who dedicate their lives to finding a cure for cancer. Through challenging and inspirational events, we raise money to fund the boldest research, the most talented scientists, and the ground-breaking projects that we believe will have the biggest impact on cancer.

From humble beginnings in 2007, the Tour de Cure community has grown to become a national movement of thousands of people, walking, running, riding, and swimming to raise awareness and inspire support in the fight to cure cancer. The generosity of our supporters has enabled us to fund over 500 cancer projects and we’re proud to have contributed to 45 scientific cancer breakthroughs.